Be the first to review this product
$100.00
In stock
SKU
MAGENTO_2_CRITICAL_CSS

Using Critical CSS service can speed up your website in no time!

- Subscript the Critical Service is required 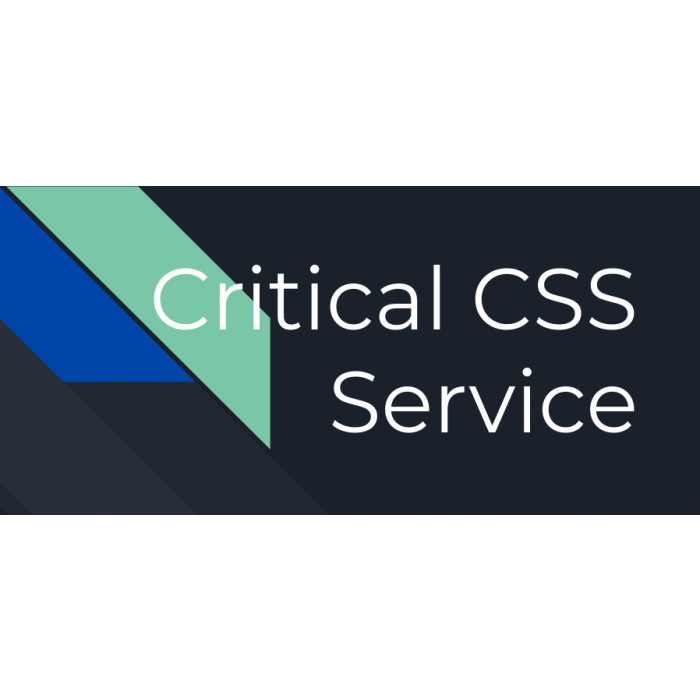 Skip to the beginning of the images gallery
Details

Key Term: Critical CSS is a technique that extracts the CSS for above-the-fold content in order to render content to the user as fast as possible.

Above-the-fold is all the content a viewer sees on page load, before scrolling. There is no universally defined pixel height of what is considered above the fold content since there is a myriad of devices and screen sizes.

Inlining extracted styles in the <head> of the HTML document eliminates the need to make an additional request to fetch these styles. The remainder of the CSS can be loaded asynchronously.

Improving render times can make a huge difference in perceived performance, especially under poor network conditions. On mobile networks, high latency is an issue regardless of bandwidth.

If you have poor First Contentful Paint (FCP) and see "Eliminate render-blocking resource" opportunity in Lighthouse audits it's a good idea to give critical CSS a go. 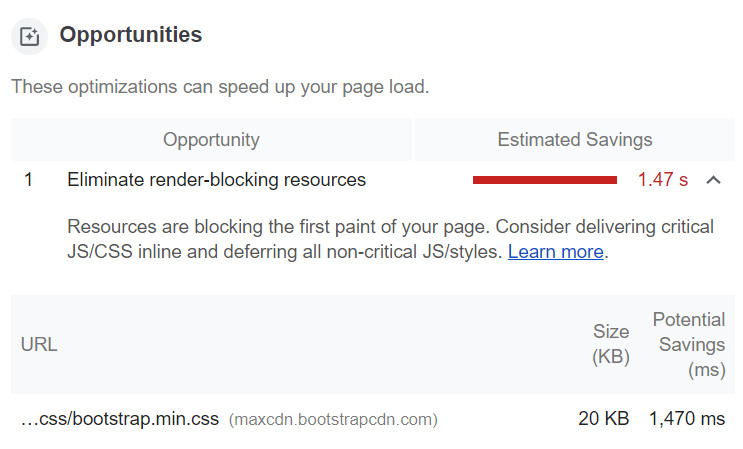 Keep in mind that if you inline a large amount of CSS, it delays the transmission of the rest of the HTML document. If everything is prioritized then nothing is. Inlining also has some downsides in that it prevents the browser from caching the CSS for reuse on subsequent page loads, so it's best to use it sparingly.

To minimize the number of roundtrips to first render, aim to keep above-the-fold content under 14 KB (compressed).

New TCP connections cannot immediately use the full available bandwidth between the client and the server, they all go through slow-start to avoid overloading the connection with more data than it can carry. In this process, the server starts the transfer with a small amount of data and if it reaches the client in perfect condition, doubles the amount in the next roundtrip. For most servers, 10 packets or approximately 14 KB is the maximum that can be transferred in the first roundtrip.

The performance impact you can achieve with this technique depends on the type of your website. Generally speaking, the more CSS a site has, the greater the possible impact of inlined CSS.